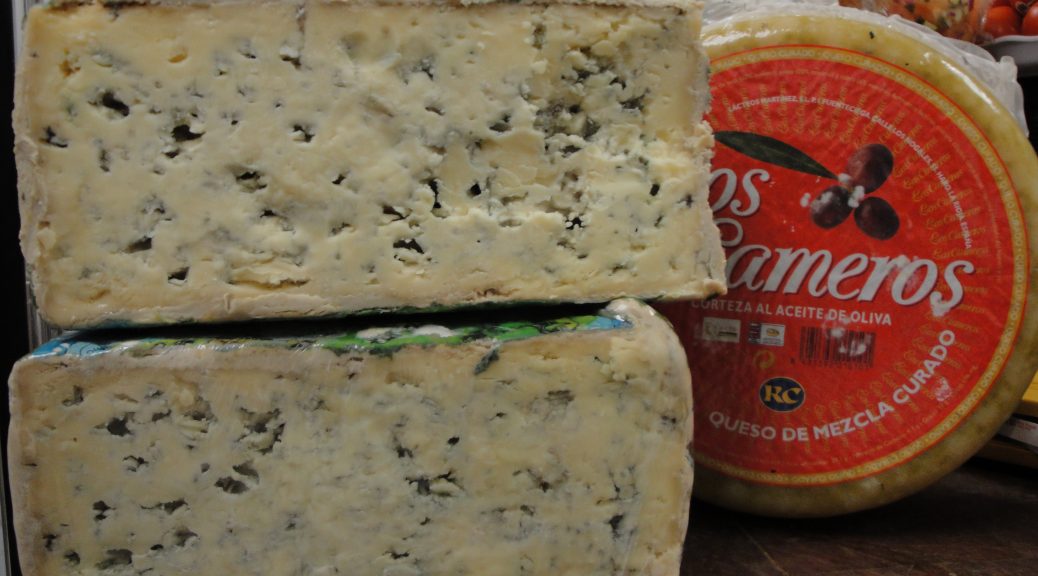 We’re all familiar with willingly suspending our critical faculties whilst on holiday. At such times we’ll cheerfully throw the sort of liquid down our throats that we’d normally reserve for drain cleaning, consume ‘delicacies’ that probably contravene several Geneva conventions and dance badly to music that would otherwise have us harumphing into our gin & tonics at the bar.

Now that’s a very human thing – a survival trait that allows us to make the very best of any environment we find ourselves in. The mistake we make is of course to take things out of that vibe and back into our day-to-day world, in the fond¹ belief that we’ll invoke the spirit of good times gone by doing so.

Those crusted bottles that mock us from the back of the drinks cupboard and whose contents register on a geiger counter²? Those Sounds of Ibiza CDs mouldering in the cupboard? Same thing.

But there are two things we never seem to learn from: cheese and sausages. The trouble there is that they can be as good as you remember, just sufficiently often to keep us trying. But when they fail, they fail big time.

So this is a cautionary tale of two cheeses, separated by twenty years.

In the early nineties, a bunch of us rented a house, high in the Picos Mountains of Northern Spain. There we spent a happy time lurching around on mountain bikes, winging up cable cars and bounding down river gorges, fuelled on acetunas, anchovas and on Picón, the local blue cheese. Our taste buds had also been usefully desensitised by red wine dispensed from petrol pumps, although sufficient discretion did remain that we left that behind.

But the Picón, or Picón Bejes-Tresviso, to give it its aristocratic title, was another matter. Even through sense-dulling sun, wine and anchovies, the Picón left an abiding impression, of power, of depth and of the sort of attitude associated with dark alleys behind dodgy bars and knives glinting in the gloom: this truly was a street-fighting cheese.

Picón, it turns out, is legally protected under international law (DoC) from having people abuse its good reputation. In retrospect, that appeared to be entirely the wrong way around, akin to creating a law to protect Pit Bulls from Girl Guides.

But we bought a whole round of the stuff – a round being roughly the size of a warhead’s worth of Plutonium, and with similar potential. We then stowed it in the car’s boot, along with several weeks worth of dirty socks and gently festering cycling gear.

Setting off from our mountain retreat, we got as far as the town we called Cowabunga when we had the first intimations of a lurking presence: a pained voice floated from the back seat to say, “I don’t feel well”. Assuming my driving to be at fault (it usually is), I moderated our pace to something vaguely acceptable to human beings. This was a mistake: doing so reduced the airflow from front to back through the car. So then the Thing reached my nostrils. Eyes running, lungs burning and thinking it to be something that had been applied to adjacent fields, I accelerated to try and lose it. Relief was momentary, however, as the stench fought its way forward against the wind. So I accelerated again.

Even the local Spanish, a nation not known for hanging about on their roads, looked askance as they were overtaken by a UK-registered VW Golf travelling at something over 120mph, with three bicycles flapping on the roof, all windows open and a gasping Brit hanging out of each, like a bunch of synchronised Labradors.

Then the Awful Truth dawned. It wasn’t the fields, it was the bloody Picón. So we dived into a layby and threw open the boot. And there it was, leering at us from the depths. Using a fully extended monopod, I gingerly extracted it from the boot, moved it to the roof and lashed it to a bicycle.

That got us as far as the ferry terminal outside Bilbao, although glances in the mirror did show following traffic to be taking a somewhat erratic course.

There we found that the inbound ferry was stuck somewhere in the Bay of Biscay, in a hurricane. After spending a very pleasant and fragrant day sitting in a seaside town, eating Tapas and watching the waves break over the cliffs, P&O’s bureaucracy finally cracked and put us up overnight in a five star hotel in the centre of Bilbao. A five star hotel with an underground car park, which meant that we had to take the bicycles off the car, the very helpful hotel staff offering to keep them in the lobby overnight. And yes, we forgot about the Picón. By the morning, the smell had so permeated the establishment that breakfast for all guests consisted of Picón croissants, washed down by Picón coffee, with a side order of Picón scrambled eggs.

We bade a fond farewell to the red-eyed and sniffling staff, re-embarked the bicycles and headed back to the ferry terminal, but not before thoroughly contaminating central Bilbao with a dozen or so circuits of its utterly incomprehensible one-way system, something that appears to have myriad  ways in but no way out – by the time I rewrote the rules by diving the wrong way down a bus lane, we were all singing Hotel California. Of course as soon as we drove onto the ship and into the enclosed space of the car deck, it all got worse again, much worse. So we parked up and legged it to the ship’s bar.

Now the air in a ship that has been vomited in continuously for thirty-six hours by a couple of thousand people develops a distinct, ah, character of its own. But, to us, it was like a breath of fresh air.

With a Force nine still blowing and more than a day of pitching, rolling and yawing back to Portsmouth, we took to our cabin, laid us down and slept the voyage away.

If you’ve been on a longish ferry trip, you’ll know that, when they reopen the car deck, the only thing you can smell on entering is hot metal and oil. Not this time. We feigned surprise and, while everyone else was checking the soles of their shoes, made for the car as rapidly as decency would allow. British customs waved us through, rather hurriedly I thought, and we and The Thing finally made it home. There, it ended up at the back of the fridge, in seven layers of wrapping. Which didn’t in fact help much – the cats avoided the kitchen for several months.

We brought it out, more in hope than expectation, after a couple of dinner parties, thereby very effectively bringing the evenings to a close. We tried cooking with it, but found it impossible to get sufficiently homeopathic for it to merely flavour rather than dominate.

So we put it in the trash. The bin men refused to take it, saying that they were all family men and that they feared for how their nearest and dearest would cope without them. So we buried it in the garden. And, when we moved out, a decade later, there was still a bald patch that even the Japanese Knotweed avoided.

But memories do fade with the years, and finally we let our guard down. So the cheese is back and, again, the culprit is Spanish, courtesy of the largesse of visiting friends. This time it’s not Picón though, but its cousin, Finca Pascualete’s Pastura con Trufa, a firm white cheese made from Merino milk and Italian truffle. This is from Extremadura in South-Western Spain, where apparently they’ve been making the stuff since 1232, presumably to forestall Moorish invasions.

Whenever we open the fridge we are smote. Indeed, there is a frisson of smiteage as we merely tiptoe across the kitchen floor. And Biblical language is entirely appropriate here, this being a cheese direct from the pages of Revelations, somewhere around the breaking of the Fourth Seal.

For a visual of what happens on actually opening the fridge, conjure up Michael Jackson’s video for Earth Song – the bit where the wind gets up.

Now I’ve never knowingly disrespected Spain or our Spanish friends: they’re a thoroughly civilised nation, once we set aside government corruption and a grumpy attitude toward Gibraltar, so I ask: What have we ever done to you?

But I’m just being superficial. Because the miasmic force field surrounding this cheese is there to weed out the unworthy and leave the cognoscenti intact, albeit with streaming eyes. Once you get past that, this cheese is quite stunning. In a good way. Unlike Picón, it still manages to impress in the prosaic surrounds of upland Scotland, far from the blazing sun of Southern Spain. So that’s pain AND gain, in a single round of fermented sheep and fungus product. Bring it on.