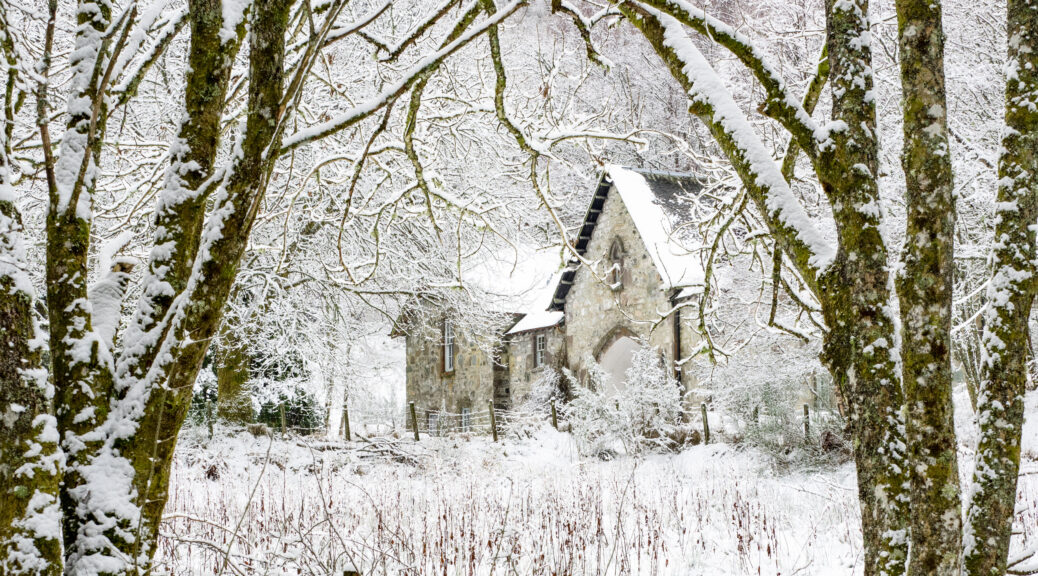 …or rather, historic houses: between 2009 and 2014 we embarked on a complete eco-renovation of our house – a Regency-era listed steading in Highland Perthshire. We took it back to the stonework, insulated it throughout and installed a ground-source heat pump (GSHP), biomass stove and solar thermal panels. It wasn’t cheap (our initial budget rapidly became a rounding error) but we now have a 270m2 (floor area of heated spaces), 200-year-old farmhouse that is both warm and comfortable – winning UK Renovation of the Year in 2014 was just a nice piece of validation for our hard work.

So, with now nearly a decade’s hindsight, what difference did it make?

Ours is just one of the huge number of houses, in Scotland and across the UK, whose age and location make them inherently energy-inefficient, sometimes to the point when you might be better off just burning £10 notes on an open fire to try to keep warm. And it’s an area which is sorely lacking in both data and expertise when it comes to trying to make all these properties – many of them beautiful and/or historic – actually liveable for the 21st century. The other problem then is how to do so, particularly when they’re often occupied by people who’ve lived there for many years and who may not have the resources to both plan and fund very necessary improvements. Various government initiatives have come and gone, but they tend to be very ‘check-box’ in nature and their process isn’t always relevant to older and more remote properties.

So let’s look at some numbers: pre-renovation, between June 2007 and June 2008, our electricity consumption was 25,209kWh for heating and 6,890kWh for other uses. That’s an ouchish total of 32,099kWh. It’s also worth noting that we were heating about 50% of the house and – without using the log stove – were typically not getting any room above about 15-16ºC. Decidedly chilly – for our first winter, we used downstairs as the fridge!

Post-renovation, we’re now fairly consistently using 21-22,000kWh per year, for all energy consumption. And that’s heating the whole house to 18/20ºC, depending on room.  It’s therefore not unreasonable to say that we’re using probably 1/3-1/4 of the energy that we would have had to pump in pre-renovation, by the time you account for the higher temperature and and the increased area we are now heating (although the systems we had at the time would have been completely incapable of doing so). That’s a result in itself.

The only change we’ve made in recent years is to add an electric car, which is now adding about 4,500kWh of home charging to our annual consumption. That’s a separate story for relative cost, but an informative one, in a good way.

Now this is very far from being a Passivhaus, but it does, I hope, indicate what can be achieved with an older property, and in fact our total primary energy demand (excluding car charging), at ~81kWh/m2/annum, is actually below the upper Passivhaus limit of 120kWh/m2/pa (Feist et al, 2013).

But, no matter what you do to an old place, you aren’t going to get to the same levels of energy efficiency as a newer build. Or are you?

This is where things get really interesting, in comparison: firstly with my previous property, and secondly against the (albeit rather dubious) average figures sourced from the ONS and DECC/BEIS:

My previous house was a four-bedroom detached property, built in 1991/92. There, the November-January gas consumption in 2004/5 was 12,384kWh (the only bill I could find for that property). Obviously that doesn’t include electricity, but did cover central heating, hot water and a gas hob. That compares to consumption for heating and hot water for our current place of 5,624kWh for the same period in 2021/22 (plus 3,306kWh for general consumption, including EV charging). So, on a per square metre basis, our 200-year-old property in Scotland is using 23% of the heating energy of a 1990s-build place in Surrey, about 450 miles south of where we are now. Woof.

Now for the vaguer comparison, against the UK national average. Ideally, I’d like to have made comparison on a per m2 basis against buildings of the same age. However, it’s actually proven remarkably difficult to get standardised figures for UK household energy consumption, normalised by build date and floor area. The most relevant source I could find was a series of reports produced on behalf of DECC by Cambridge Architectural Research, Eclipse Research Consultants and Cambridge Energy. These unfortunately stopped in 2013, presumably as a result of the current UK government’s ostrich-inspired attitude towards data-driven decision making. However, whilst there’s been a degree of new build to better standards since then, it probably hasn’t affected the overall domestic consumption profile by much.

ONS figures for house size (2004-2016) use ‘reduced covered area’, which is essentially the external dimensions of each floor. I’ve therefore taken their figures and multiplied by 85%, to give a better idea of the actual heated floor area. For all house types this is 78m2, which is in the same ballpark as other estimates, although there are so many assumptions baked in that I’d treat all such methodologies with a largish pinch of salt.

If we then take the stated 2012 average annual energy consumption figure of 18,600kWh (it probably hasn’t changed hugely since) and look at energy demand/m2, that would give us an average per area consumption of 238kWh/m2/annum for all properties. Of course this will be radically different for houses vs flats, and by property age, but it’s a start and, if I ever find better figures, I’ll refine this calculation. But, whatever margin of error you put on this, 238kWh/m2/annum as an average, versus our 81kWh/m2/annum looks very encouraging. Early in November 2022, the GSHP threw a bit of a wobbly and it was a couple of weeks before we could get it fixed so, rather than a 12kW output heatpump, we were down to 4.5kW of backup heaters, which still tripled our electricity consumption for the period, so it’s QED for heat pumps.

Payback time for the energy-saving measures we undertook is hard to calculate, given the difficulty of extracting these from the wider remodelling/renovation costs but, after allowing for the then renewable grants and the Renewable Heat Incentive, we reckoned on completion that our payback time was going to be 10-12 years. So that’s now pretty much paid for itself. If we were doing it now, with current (December 2022) energy prices, our net cost would be much higher, due to reduced renewable incentives and rising installation and material costs, but  the massively higher energy costs would still mean that we’d recoup our investment in about 14 years. That however ignores the fact that our house is warm, dry and comfortable – the impact of quality of life is inestimable.

There’s still more that we could do: our heat pump is a Danfoss, which was installed in 2011: it’s control systems are pathetically primitive and, with finer-grained controls, I reckon we could make at least a 10% saving on heating and hot water costs. There are also a few areas where we could improve the insulation and sealing, particularly in the inter-floor spaces (possibly 5% – we hadn’t wanted to disturb the original upstairs floors) and, most notably, if we were to install double-glazing (maybe another 6%). If that figure sounds low, it’s because, as part of the renovation, we had new shutters made for the windows, which provide significant insulation when closed, which they tend to be at the coldest, darkest times of the year. We also kept one south-facing interior wall of about 7m*2.5m back to the original stonework, for aesthetic reasons – insulating that would obviously have made a difference too.

The critical lesson here is the utterly predictable one: start with carefully considered insulation and then back that up with renewables, rather than throwing oversized heating systems at a leaky property. But it is very much worth doing, even for older properties.