So much of the agitation for a Leave vote in June seems to be in the fond (as in, “absurd, foolish“) belief by some that a Brexit would return us to a mythic age of independence and freedom from bureaucracy. Well, here’s some news for them: they simply don’t understand either the modern world or the very British ability to bureaucratise a good idea into something completely untenable and then blame it on someone else. Here, the EU is an appartchik’s godsend: the ability to create pointless process that does nothing but perpetuate the salaries of those involved and then be able to duck responsibility by saying, “It’s the EU’s fault“. No, in this case it isn’t and we really need to remind ourselves that there’s a tolerable correlation between those parts of the world known for overweening bureaucracy and those bits of it that used to be coloured pink. END_OF_DOCUMENT_TOKEN_TO_BE_REPLACED 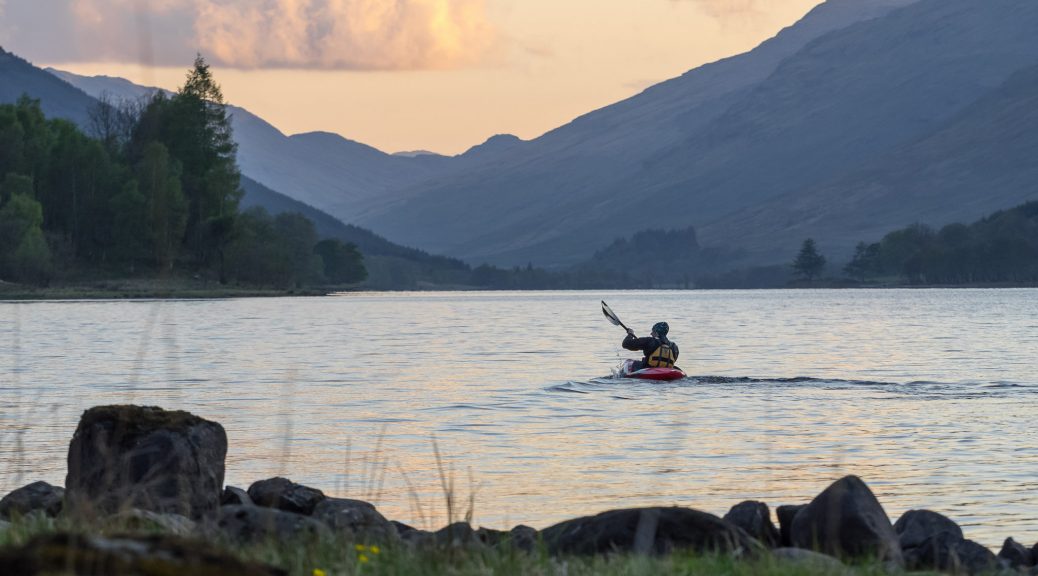 A solitary canoeist was enjoying himself this evening, powering his way up Loch Voil into a golden sunset.  He rounded a headland, to see a large bloke lying prone on the shore, pointing a camera and long lens across the loch. At the other end of the scene, a Black-Throated Diver is floating serenely on the water.