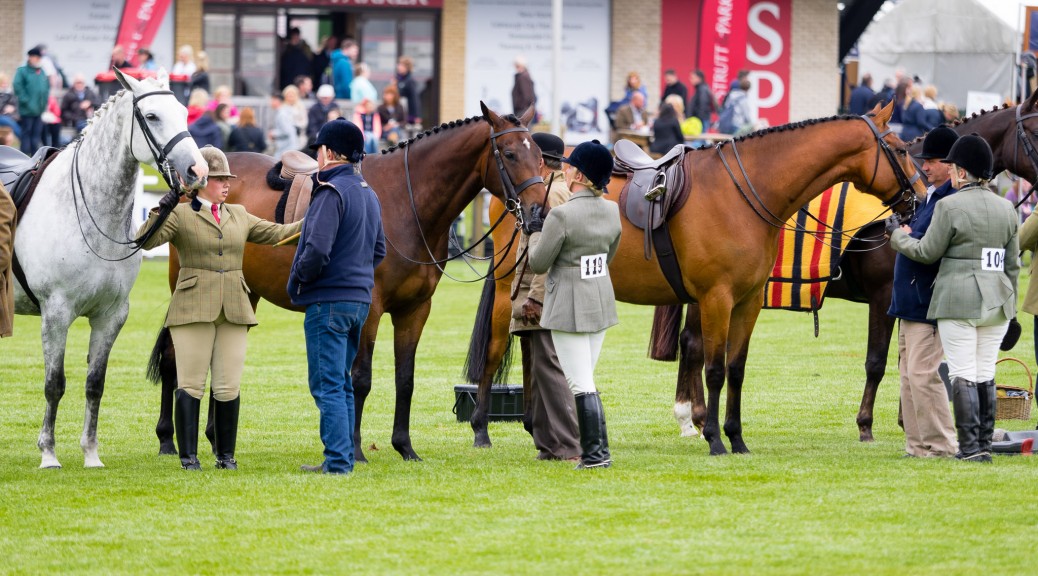 The Royal Highland Show is the third largest ticketed event in Scotland, after the Edinburgh Festivals and T in the Park. It has been an annual event for nearly two hundred years and now exists as a four-day celebration of the cultural collision between acres of tweed, forests of wellington boots and great steaming piles of manure, all worn or produced by attendees from a wide range of species. It is, definitively and definingly, Country.

So imagine every rural fayre you’ve ever been to, merged into one and redoubled. There are fashion stalls, craft stands and show rings. There are marquees for people, marquees for animals and marquees for those who can’t make up their mind. There are very tall tractors and very short ducks, there are competitions for climbing trees as quickly as possible and competitions for cutting down trees as quickly as possible. I hope that the last of these waits until the previous lot has finished.

All attendees are catered to by a plethora of food halls and stands, whose raw ingredients can oft be seen and heard in the adjacent show rings. There are goats, sheep, cattle and poultry of all sizes, colours and degrees of hairiness, from every known – and a number of hitherto unsuspected – breeds. These are fed, shampooed and shovelled up after by humans of equally variable and often matching size, shape and hirsute eccentricity. Often the only visible distinction between species is the amount of tweed worn.

And, of course, there are the horses. Lots of horses, from the stumpy cuteness of the Shetlands, through the elegant power and agility of the Hunters and onwards and upwards to the might and calm good humour of the various Heavy Horse breeds. All are invariably accompanied by a phalanx of interchangeable and be-helmeted Penelopes and Cassandras in their uniforms of tweed, lycra and leather.

The RHS also goes large on the celebration of Scotland’s foodie heritage. To be strictly accurate though, Scotland hasn’t got a foodie heritage, its inhabitants having spent the last few thousand years being pleased just to be able to eat anything that won’t fight back on equal terms and which didn’t then try to murder them from the inside.

But these are effete and decadent times and Scotland now seems to have hit the sweet spot of high quality ingredients, imaginatively and skilfully prepared by a new generation of chefs who can actually tell a Santoku from a Sgian Dubh. And not every dish involves haggis, although I will grant you a few prejudice points for spotting the haggis ice cream stand. This was definitely one of the better catered events I’ve been to, even if “Mr Porky’s Artisan Grill” could do with a little focussing of its brand message. The pork was good though, even if it did feel a little strange walking past a pen of friendly Tamworths whilst cheerfully stuffing parts of one of their cousins into my maw.

And, yes, the Country does have its own fashionista, represented by traditional brands like Barbour (waxed cotton: the very reason you don’t specify white leather in your Range Rover, dahling…), Dubarry and Le Chameau as well as nouves from and for the Polo set like Holland Cooper – where else would models be elegantly showcasing the latest Eskimo-Nell-meets-Bertie-Wooster look whilst accessorising with thermals and wellies? Dig a little deeper and you’ll even find stands dedicated to the social nuances of different categories of said wellies. So if cuisine is relatively arriviste in Scotland, so is a deal of the fashion. Matalan is notable by its absence.

Merely passing through the car park provides a history of the Land Rover brand in all its incarnations, from patchwork-riveted Series II Landies (forget the Series Is – they’re all now in collections) through to immaculate new, full-fat Range Rovers with custom-veneered gun cabinets and hand-made tweed bunnets, the latter left lying – oh so casually – on the dash top. There’s another, separate, park for the many and various horse transporters, which themselves range from the decrepit to the diamanté.

It’s also probably the only place where you’ll see stands promoting both kinds of AI – one from the Scottish government’s promotion of our native technology and the other from serious-looking people in white coats waving large syringes. The results of the latter are more evident in the show rings, there not (as yet) being a competition for the best-groomed robot.

And, of course, the RHS is full of people of, from and aspiring to, the Country Life. But, where events like Henley too often and too obviously showcase England’s hardy annual crop of braying Hoorays, their Scottish counterparts still seem to manage a nicely understated and olde-worlde reserve and politesse: in the course of a day’s wandering around, I met no-one who wasn’t at least polite and quite a number whose helpfulness went above and beyond the call. It is though probably fair to observe that the Scottish Socialist Party wasn’t heavily represented.

And, naturally, where there are farmers – gentlemen, ladies or otherwise – you’ll find farm machinery. All of it very shiny, very, very large, and dedicated to wringing the last Eurocent of subsidy out of any and all types of land.

Above all though, the RHS is nothing if not eclectic: I noticed that a certificate of commendation had been given to a Wombat pot hole repairing machine. I thought that an admirably fair-minded award for something for which there probably isn’t a huge demand outside of Queensland.

Slideshow of images from the show – original gallery is here.