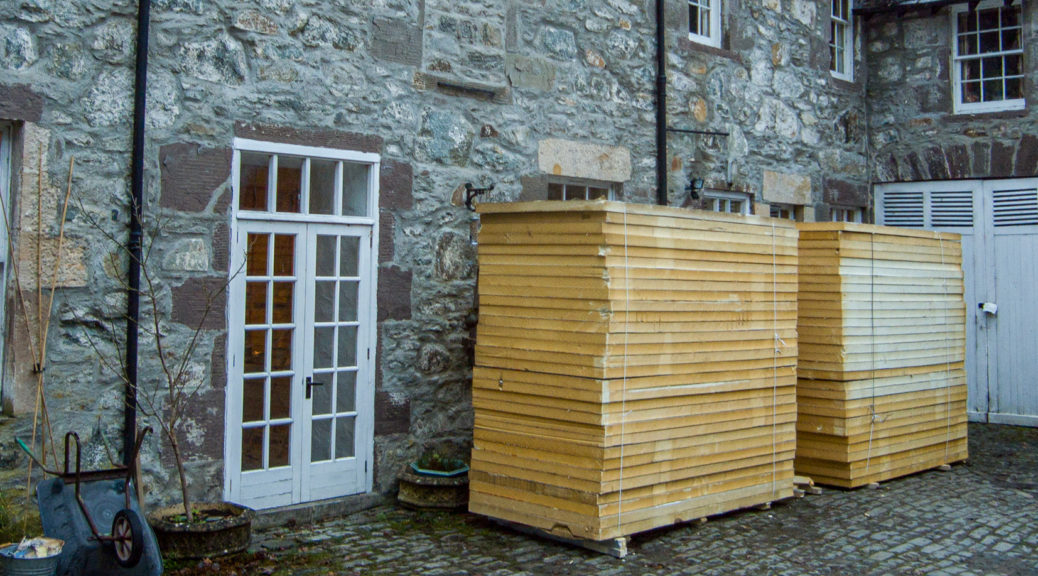 For all the publicity that the ‘sexy’ side of climate change mitigation gets – wind, wave and solar power or the shift to electric vehicles – all of which are necessary and laudable, the biggest difference that we can make is to reduce our demand for energy in the first place.

That in turn comes from both changing our behaviour and from reducing the energy intensity of what we do do. In the UK, one of the  biggest areas for improvement is in the retrofitting of domestic housing stock, an area which accounts for some 33% of total UK energy demand. This was identified a good many years ago by the UK government as critical to meeting our statutory Climate Change targets: back in 2007-2010, the government had committed to a ‘whole house’ retrofit programme aimed at reducing domestic GreenHouse Gas (GHG) emissions by 29% by 20201.

Along with the aim of making all new homes ‘zero carbon’ (however you measure that) by 2016, this has been comprehensively missed.2 Which just goes to show that fine words without a route to action and a mandate to do so are, at best meaningless and, at worst, lull us into a false sense of achievement.

Whilst you can argue about whether those goals were ever in fact achievable, wouldn’t you’d think that a Conservative UK government would be keen to stimulate personal enterprise by homeowners seeking to do things for themselves?

Not a bit of it: For most people, most of the time, they still have to pay 20% VAT on everything they buy: some energy-saving measures do attract a reduced rate of 5%, but only if bought as part of an installation (ie no DIY) and/or qualify for low-carbon grants (or such of those as remain)3. New builds however can reclaim all VAT incurred during construction, but new builds are a vanishingly small percentage of UK housing stock and will make little short-term difference to our overall GHG emissions.

It therefore seems blatantly obvious that, whatever other incentives are offered, by far the easiest way to encourage people to upgrade their domestic insulation is to remove VAT altogether from both materials and services that are related to energy efficiency, whether bought separately or together.

We can directly attest to the effectiveness of this: when we renovated our listed farmhouse, we discovered that, whilst repairs to listed buildings were fully rated, alterations were zero-rated. Which, if you think about priorities for historic buildings, is exactly the wrong way around.

Nonetheless, as most of what we were doing was alteration rather than repair (e.g. when we restored the existing windows, we had to pay 20% VAT, whereas building new walls and installing new insulation was zero-rated), we were able to do a lot more for our budget than we’d otherwise have been able to afford. As a result we were able to take our 200+ year-old house from worse than G (we might as well have been sitting atop a Munro in winter…) for energy efficiency, to only missing out on a B rating for the simple reasons that there was (then, and maybe now), no checkbox on the survey form for renewable energy sources (really!), so the surveyor had to tick the ‘electric heating only’ box and that, because we’d restored the original windows and added thermal shutters, we couldn’t tick the box for ‘double glazing’.

Now we’re an extreme case: most houses in the UK won’t be starting from as low a point as ours. But reducing the cost of energy-saving measures by 20% would encourage a lot of people to start taking action to help themselves and society as a whole, regardless of what other proactive measures any future governments might take.

There is now a petition on the UK government web site to do just that, so please do go sign it: you know it makes sense.