Now for the detail…

Once May’s deal was unceremoniously put to the axe, and even before its subsequent revenance as a Gregor Clegane-style zombie, it didn’t take much of an analysis to look at the numbers, the political dynamics and the players to conclude that, barring some deeply improbable couplings, both that Brexit was dead and that, like any good zombie,  it was going to be a long time before the corpse stopped twitching.

That does seem to be playing out so far and, with the EU elections looming, our voting should reflect the fact that the EU will be part of our lives for the foreseeable future: we not only need to send a message that Brexit is an unacceptable act of national self-destruction but that we put representatives into the EU Parliament who will both be there full term and who can engage constructively to the betterment of Europe, for all its citizens.

Reflexive protest votes to the extremes, for parties that we we would normally cross the street to avoid, will do the EU, and therefore ourselves, no good whatsoever.

Equally, wishful voting for a party whose leadership might just come around to your view if you mumble enough hopeful incantations is a recipe for disaster (are you listening, Labour?).

Most tactical voting ‘advice’ that I’ve seen doesn’t address that long-term need, nor does it back up that advice with analysis, especially given the d’Hondt voting system used for these elections.

And Scotland is, relative to the rest of the UK, an outlier, where the single largest party is (and always has been) implacably Remain. Of course its focus is to Remain in Europe and leave the UK, but that’s something to debate later.

The UK-wide Tory vote appears to be in free fall, with moderates in the party sidelined until they either walk out or civil war destroys the whole crumbling edifice. The Labour UK leadership has equivocated itself into a flat spin and, whilst it may not be in quite the death spiral of the Tory party, is heading for ground zero with some determination. In Scotland, that’s writ even larger – Labour imploded here even before Corbyn got his sticky paws on the party.

The Liberal Democrat vote appears to be on a significant rebound everywhere since their evisceration at the 2015 General Election. Their EU Election manifesto, “Bollocks to Brexit”, also leaves little doubt as to their position. They do however risk dilution of the centrist Remain vote against Change UK, whose general positioning is frankly indistinguishable from that of the LDs, albeit that they’re spending more time mumbling about a People’s Vote rather than resolutely opposing Brexit in any form.

It does then look as though there’s an irreducible 20-30% of the UK electorate who are likely to vote for Brexit, come what may (small ‘m’), even if that means voting for a party funded by unexplained means and which refuses to actually say what it stands for, beyond getting out of the EU, by any and all means, up to and including destroying the EU itself. These are those who are not receptive to evidence-based argument and who will allow fear, bigotry and existential angst to override anything that passes for common sense. So be it, and that covers the Brexit Party and UKIP vote. Whilst their figures for Scotland will doubtless be lower than in Englandshire, it’ll still be a substantial tranche of the vote.

But that does leave 70%  or so of the electorate who fall in the spectrum from genuinely not knowing who to believe, who will vote against a crippling exit deal or will vote to Remain in the EU. The evidence there is that, as of a statistical 19 January, there is now a natural Remain contingent, across the UK as a whole. There always has been in Scotland.

Scotland has six EU parliamentary seats, elected on the d’Hondt system of preferential list-based proportional representation. Now what we have are candidates standing from the SNP, Conservatives, Labour, Lib Dems, Change UK, Brexit and UKIP parties, plus a couple of independent candidates.

Who then to vote for if you want a Britain (or Scotland) that actually functions as a modern trading nation and global influencer? The bottom line there of course is that we need constructive internationalists who will use the UK’s influence to support and reform the EU, not seek to tear it down from within, something that would delight messrs Putin and Trump. That’s the sort of support we – and democracy – can well do without.

You may be a fan of the EU or you may reluctantly accept that the best deal we can ever get is the one we already have – that doesn’t matter, the trick is to vote for representatives who, whilst they may not completely reflect your natural alignment, are close enough that you can live with the result, and see the UK playing its part against the rise of malign populism across the continent.

The problem of course is that the pro-EU Vote in Scotland is split across several more or less centrist parties – the Liberal Democrats, Change UK, the Scottish Green Party and the SNP.

From the perspective of someone who voted Remain in 2016, my question is whether or not having full candidate lists from the minor but explicitly Remain or Second Referendum parties standing against each other will cancel each other out? And, would voting for them allow additional representation of the Brexit parties (excluding Conservative and Labour) and what difference (if any) would the effect of various agreements to not stand make?

So what I’ve done is to model a few scenarios against the current candidate list using the YouGov/The Times poll carried out on 29-30 April 2019, despite it having a truly pathetic unweighted sample size in Scotland of 152. However, it’s what we’ve got, albeit that I don’t recognise Scotland there from previous election results. Nor does this poll map well to the trends from the England and Northern Irish local elections.

I’ve looked at what happens if seats flip when there’s <5% difference between parties at any stage in the d’Hondt process – that only occurred with the base figures and  didn’t in any case affect the outcome in terms of overall pro/anti-EU representation.

I’ve also modelled what could happen were the smaller parties to cooperate in various combinations  in the Scottish EU list. These are:

Given that, at this stage in the game, we’re unlikely to see any changes to candidature, I’ve then modelled two tactical scenarios that diverge from the YouGov figures:

Firstly, those polling intention figures, from YouGov, and the earlier poll from Survation, as well as the two tactical scenarios I’ve modelled: 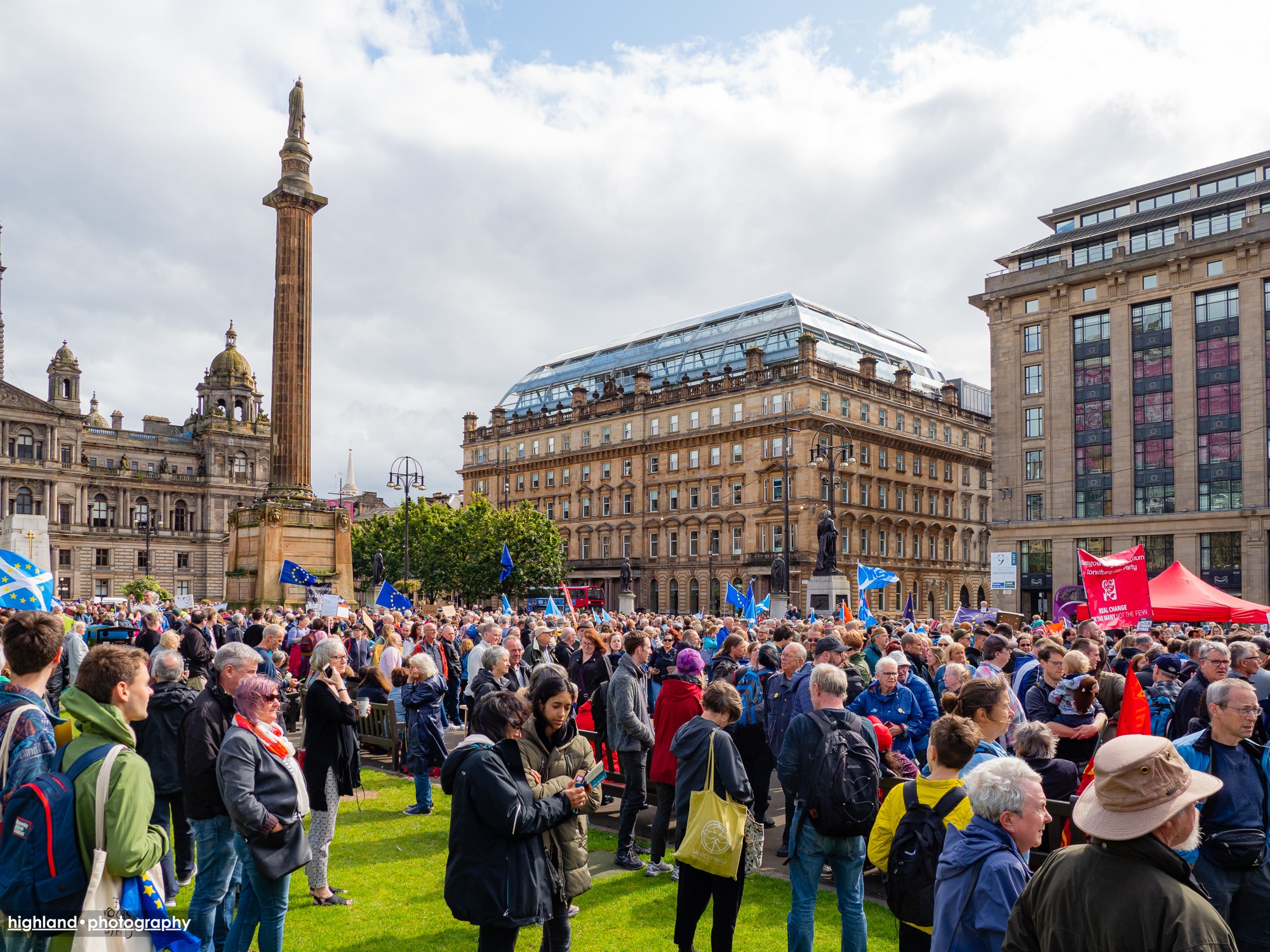 And, for reference, here’s a summary of the Scottish voting outcomes from the 2014 EU Election, the last two UK General Elections and the 2016 Scottish Parliament Election:

Now for the end results. On the basis of the. YouGov figures, this is what we end up with in terms of seats, for the current list and for hypothetical combinations of the smaller parties: 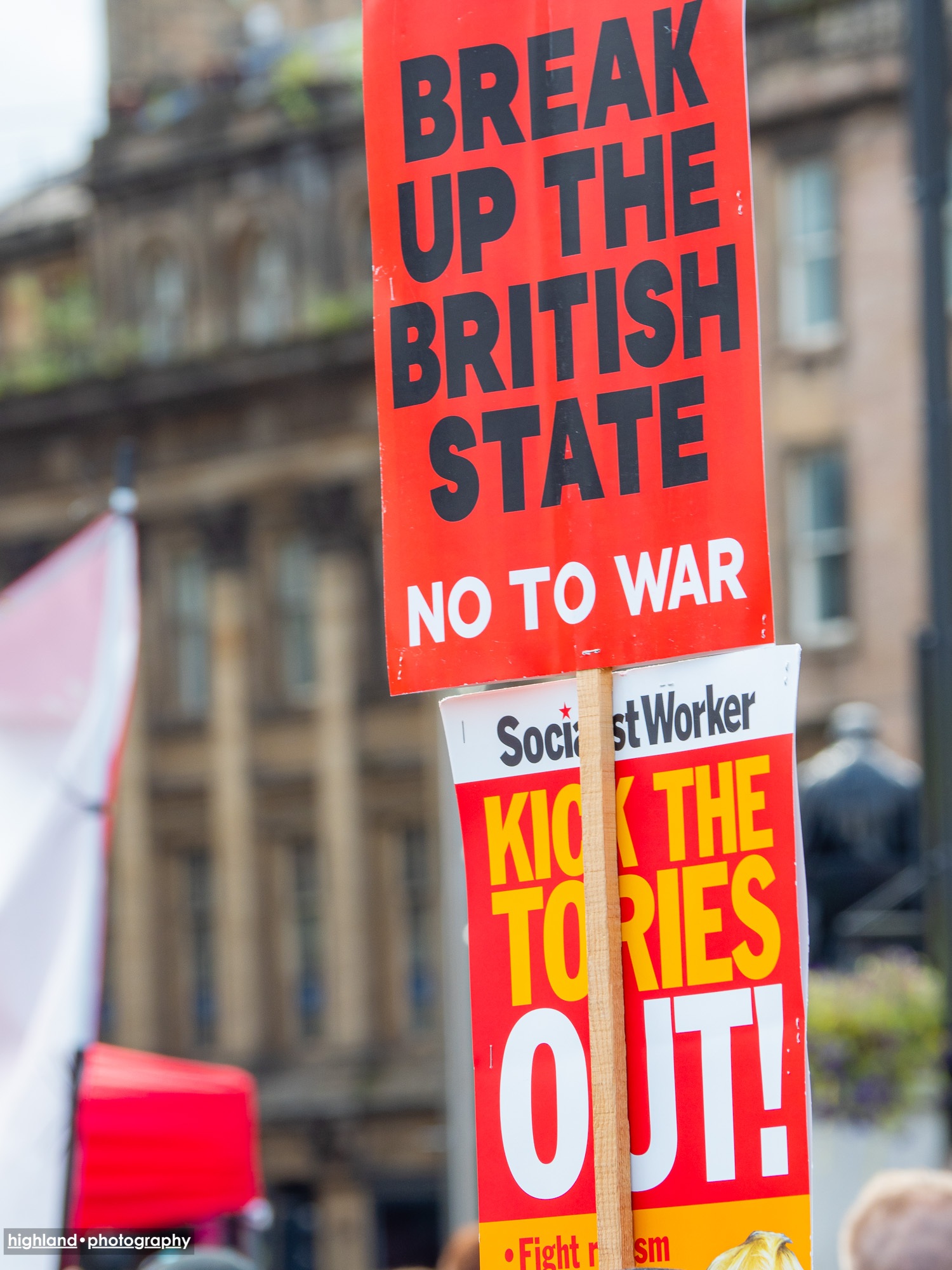 Finally we have the two tactical scenarios and the resulting seats: 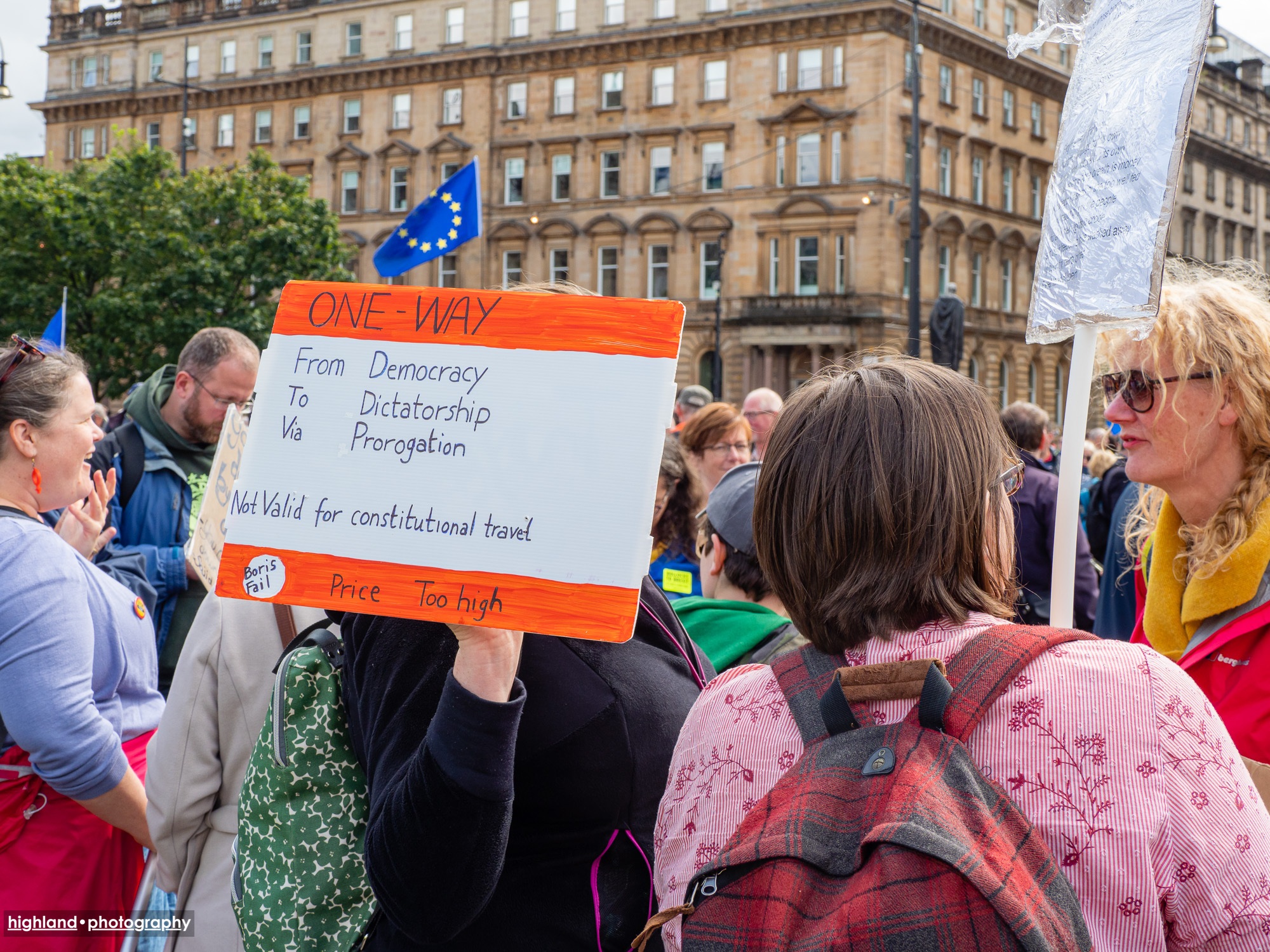 First of all, if we voted according to that YouGov poll, no alliances by the smaller parties would make any difference to the  overall outcome: we’d end up with three pro-EU representatives, two anti-EU (Conservative and Brexit in all cases) and one who we simply don’t know how they’d behave (Labour) – for the purposes, I’m assuming that they’d either be pro-EU or still lurching around undecided.

Where there would be a difference is in the centre ground: On the basic YouGov the variability (within a 5% margin) is only about whether the Scottish Greens take a seat from the SNP or whether the SNP gains a seat from elsewhere.

When we start to look at the various party combinations, Change UK and the LibDems together would take a seat, to the disadvantage of the SNP and the Scottish Greens.

In all scenarios there’s a pro-EU majority of one seat, or two if we count Labour.

Then we move to the tactical scenarios: a reasonable swing from the smaller parties to the SNP (and a commensurate tactical swing to the Brexit parties) would give the SNP four seats, the Brexit Party one and Labour one, giving an pro-EU majority on the Scottish List of either three or four.

So, despite a personal view that would rather see a greater diversity of representation across the pro-EU parties, the best overall outcome in pro-EU terms is to vote SNP.  And it looks as though, whatever we do tactically, there will be at least one pro-Brexit seat and possibly two, depending on how comprehensive the Conservative Cataclysm proves to be.

That said, I really do doubt the poll results, on the basis of sample size and recent and historical voting patterns, so please take all of the above with the pinch of salt of your choice.

So the orders of the day are:

One thought on “Tactical Scotland”