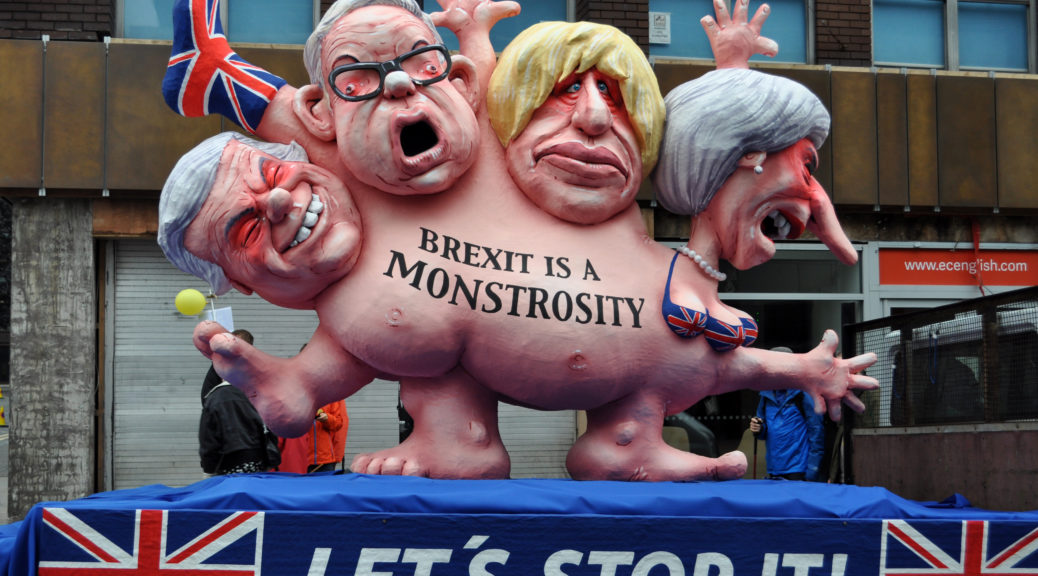 Last night’s vote pretty much removed the middle ground from Brexit. The May ‘agreement’ was constrained by the predictable, consistent and appropriate requirement by the EU for its four fundamental freedoms to be respected in any future relationship. So there’s a very limited range of Brexit options that can be built around that and which maintain any integration whatsoever with the rest of Europe. Which means that anything within shouting distance of the middle ground will look very little different to the motion that was vaporised in the Commons yesterday and would stand about as much chance in any future remix, however and whoever was proposing it.

Any reference to relationships such as those of Norway, Switzerland or Narnia are economically just debased variants on the already rejected model, where the UK, in exchange for a degree of favourable trade relationship with the EU, spends a lot of money but becomes a passive adherent to the EU’s rules, rather than being one of the key players in formulating those rules, as it is now. So I don’t think that any of those is going to find a home.

That then leaves the two boundary cases: a No-deal Brexit and No Brexit at all. Given that all evidence-based analyses show that ANY form of Brexit would cause significant short and long-term harm to the UK economy and that a No-deal Brexit would be apocalyptic, then the imperative has to be to exclude the No-deal option at the earliest possible stage. Here, it does appear that there are enough people in Parliament, whatever their party, who understand that well enough to kick it into touch.

Which leaves us with whichever combination of Great British Fudges takes us towards No Brexit. There is already discussion around an extension to Article 50, to give the UK time to actually pass the necessary laws, continue trying to inspect its own arsehole with a lit blowtorch or even organise a second referendum.

Given that nearly three years warning have clearly not been sufficient for the UK to organise this particular piss-up in a brewery, it is already in the position of needing to go back to the EU with the equivalent of, “The dog ate my homework” and grovelling for an extension. Which may or may not be forthcoming – any extension to Article 50 has to be unanimously agreed by the other 27 EU states, and I would not remotely be surprised if a number of them wanted to force the issue with the UK by a quick trip through the veto lobby.

Even were an extension to Article 50 to be approved, there does appear to be a backstop: The European parliamentary elections are held in May and the new tranche of MEPs take their seats (I believe) at the beginning of July, with the total number and national allocation of seats already rejigged on the assumption of the UK’s departure. So the absolute backstop for an Article 50 extension appears to be the point at which MEPs start their new term, with a strong case for no extension beyond the point at which the election process has to be finalised. And that is probably not far beyond the current cut-off of 29 March. I’m therefore struggling to see how Article 50 could be meaningfully extended, even if it were agreed to by the other states, especially when all current evidence is that very little would change, unless there were a change of government and/or a commitment to a second referendum.

And there, the timescales simply don’t work: the window for a general election is 25 days after the dissolution of parliament and the Electoral Commission has indicated that the shortest period in which a referendum could be organised is 22 weeks, well beyond the backstop of the EU elections. A general election of course would prevent the passing of legislation for a month at least, further requiring an Article 50 extension, and immediately running into the same electoral backstop.

That then leaves just the withdrawal of Article 50, otherwise known as the easy-and-sensible option: the courts have already decided that the UK can do this unilaterally, at which point we carry on as full EU members whilst we carry on our own uncivil war over what we believe this country to be. That is of course where the Great British Fudges come in: it is unlikely that a government of either major persuasion is going to have the cojones to say, “Well, we tried to deliver Brexit, but it’s just too bloody damaging and difficult, not to mention utter insanity”, so I can see a situation where Article 50 is withdrawn, with a greater or lesser degree of promise for a second referendum or a new relationship proposal based on the outcome of continued mutual non-gendered handbagging in Westminster, but in our own time, rather than against the ticking clock of 29 March.

That process could go on for some time, but at least the fallout is limited to the damage that’s already been done, to the Westminster bubble, to those desperate to avoid the EU’s anti-tax-avoidance directive (EU 2016/1164) and to a few disgruntled wearers of hi-viz jackets. Whether of course that then actually leads to another referendum or to the fading out of Brexit with a whimper rather than a bang is another matter.

In the meantime though, the rest of us get on with our lives and businesses, the SNP gets the opportunity to judge if and when it’s got the support of enough of the Scottish population to exit the whole dreadful debacle, and the population of Ireland keeps happily trundling back and forth across an effectively non-existent border.

And one more thing: demographics. At present, roughly 600,000 voters are popping their clogs annually, and around 700,000 fresh-faced 18-year-olds join the merry throng. Here, YouGov’s calculation is that, purely on demographic voting patterns and without anyone changing their minds, Remain will have a natural majority from 19 January 2019. That’s this Saturday. So if you’re wondering why the Brexit-supporting parties are so resistant to a second referendum, those figures may go a long way to explaining the fact.