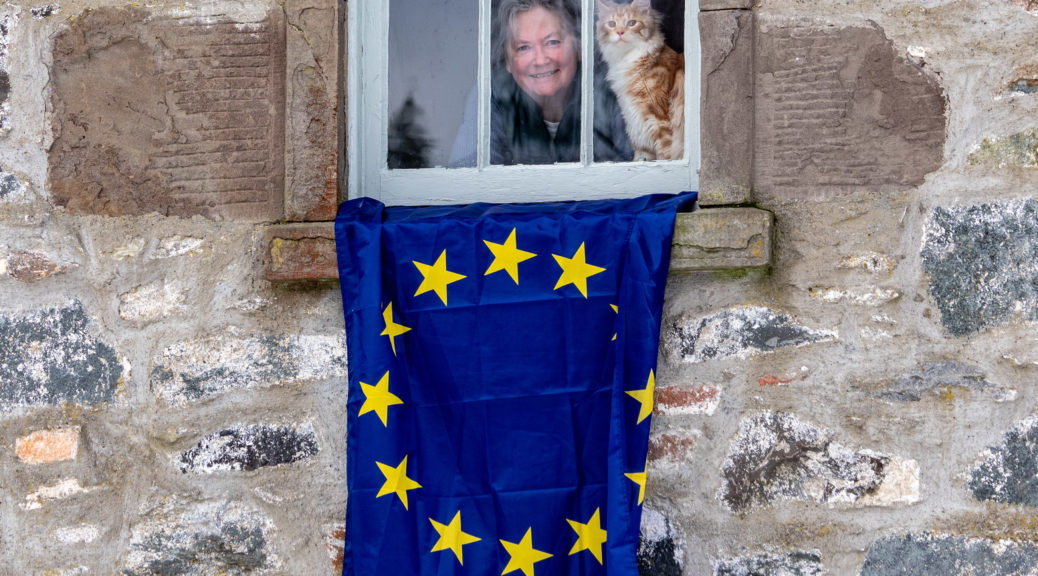 I’ve lived more than six decades cheerfully identifying as English (where I was born), Scottish (where I was brought up and where I now live), British (when I couldn’t make up my mind), European (where I’ve spent a deal of my working life and where my greatest cultural resonance lies) and Human, in all other circumstances. And, for the most part, that hasn’t mattered a damn. My passport says I’m a British citizen and – again, mostly – that’s been fine, despite significant differences of outlook with most governments of my lifetime.

But no longer. I cannot and will not acknowledge citizenship of what is now so demonstrably a dead ‘Union’, one in which a cabal of corrupt, power-seeking, malicious and profoundly anti-democratic and self-interested idiots has taken power, enabled by xenophobia, lies, delusion and outright bigotry. That’s something I never, even in my worst nightmares, thought I would see in these islands. In the process, they have ridden roughshod over common sense, the rule of law and the majority of the population. Most particularly, they have completely ignored the will of the devolved parliaments in Scotland, Northern Ireland and Wales, thereby giving the lie to the very notion of the Union.

Brexit has always been a dogma in frantic search of justification. Today, watching the crowing of fools in the dark, who simply cannot and will not see what they do, I am filled with a mixture of despair and determination. Despair at the inability of so many of my species to see beyond the myopia of their own illusions, and determination to play my part in getting Scotland out from the clutches of Little England and into its natural role as a modest – but hopefully more principled – participant in 21st century internationalism. There isn’t a nationalistic bone in my body, once you set aside the friendly rivalry of the sports field, but I do believe that the future of nation states lies in their being of an appropriate size and constitution to be truly representative of their inhabitants, and tied together through multinational cooperation and mutuality. In other words, everything that the UK has now shown itself not to be.