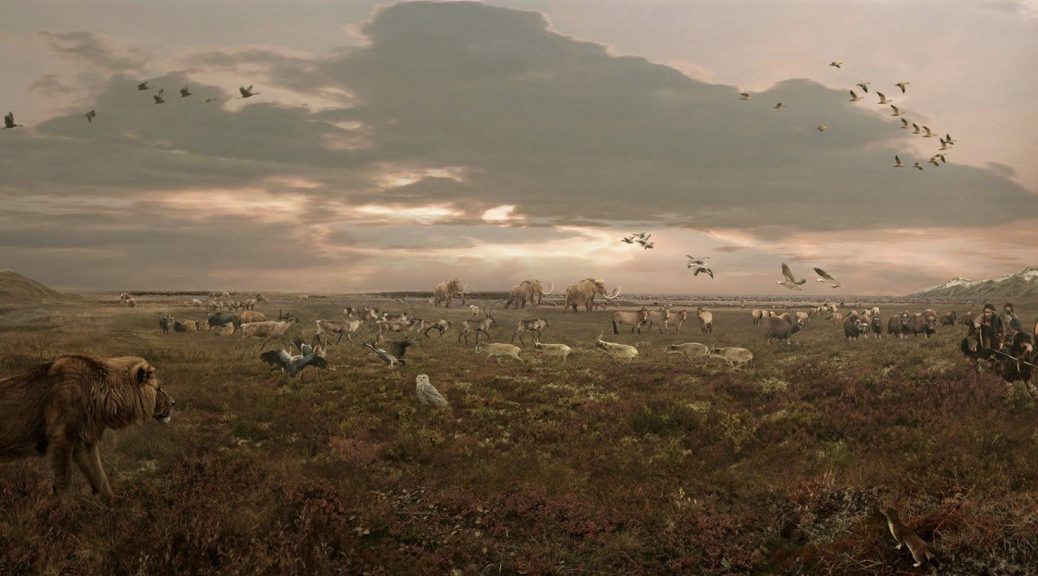 It’s no secret that I’m a fan of rewilding: of restoring impoverished habitats and reintroducing species that we’ve intentionally or carelessly wiped out over the millennia. Re-establishing diverse, self-maintaining and resilient ecosystems can only help us weather the storms of anthropogenic climate change as well as reduce our species’ footprint on the planet. So I’m generally pro-Beaver, pro-Lynx, pro-raptor and, lest we forget, pro-random-small-but-useful arthropods. I’ve also previously noted that the re-introduction of wolves and bears would help simultaneously solve multiple local environmental and social issues, which itself is a metric for a successful re-introduction.

I also happen to live in an area where, not only would the outcomes be immediately visible, but where they’re already happening: said Beavers are now established within a few miles of us and our bit of lochside would – and no doubt will – make a very fine habitat for them. This recent paper on potential Lynx habitats also gives our neck of the woods a tolerably decent score. Given all this then, and my background as a systems biologist, I occasionally hang out on a couple of the online rewilding fora where, despite a slight skew towards the Corbynista, discussion is usually considered and well-informed.

This week however, I’ve had my first sight of the dark side of the rewilding movement: the part that, at the edges, segues new ageish primitivism with the misogynist and paranoid horrors of survivalism and chest-baring machismo. This is cultural atavism in its purest form – I don’t know if that’s an actual name for a movement but it fits. And this isn’t merely the atavism of sought patriarchy or privilege: it goes back much further than that, to the presumption that the Real Problem for the human race began when we stopped being hunter-gatherers and started poking seeds into the ground and being nice to our neighbours. That pivotal moment in human history in turn seems to have become a catch-all for everything from ecological impoverishment to outright bigotry, misogyny and a mythopoetic hankering for a ‘simpler’ world. That of course would be a world where the average lifespan was twenty-four and where you’d spend much of it actually hoping for the end because of the irritation of assorted chronic diseases and parasitic infestations.

Douglas Adams of course put it beautifully, right at the beginning of the Hitchhiker’s Guide to the Galaxy. “Many were increasingly of the opinion that they’d all made a big mistake in coming down from the trees in the first place. And some said that even the trees had been a bad move, and that no one should ever have left the oceans.”

But the combination of those who feel an existential guilt at the human condition with those who regard our increasing secular, egalitarian and liberal society as a threat to regressive notions of role, is a toxic brew, and something that I’d argue has no place in what should be an ecumenical enterprise. Any such transformative movement however has (and probably needs) its figureheads, and figureheads often come with their own baggage – by definition, these are not reasonable people. That is the way of the world, and it’s when we get the uncritical adoption of the entire oeuvre of such individuals that issues of principle and personality become conflated,  to the inevitable detriment of the cause.

In this instance, the individual I’ve seen quoted a number of times is Edward Abbey. Abbey was a prototypical radical environmentalist who wrote fiercely and passionately against anthropocentrism but who equally inveighed against immigration and in favour of radical opposition to government. He wasn’t however alone in combining vision and eloquence in arguing against human exceptionalism with distasteful cultural and gender views that actually inhibit the appreciation of his case. So my plea here is for the rewilding movement to focus on principle and evidence-based arguments, setting aside any temptation to invoke the mythic and misguided: if you want to go into the woods, play drums and eat squirrel poop, please do so on your own time.

Having been forcibly alerted to the fons et origo of rewilding’s dark underbelly, I really can’t now leave the, “Ee, it were so much better then…” argument without a little basic consideration of why we are where we are:

We’re a spectacularly successful species, if you judge success by our ability to procreate and to become the apex species in most ecosystems. But we haven’t got there by having bigger teeth or sharper claws: we’ve done it by being soft machines, evolved to evolve and able to do so by adapting our behaviour in real time to solve a problem, rather than having to wait for the tedious process of genetic selection to play out over generations.

We got there, at some point in the last seven million years or so, by heading down an evolutionary positive feedback loop: Our brains got bigger, our sensorium become generalised and our evolution of grasping and manipulating appendages helped drive bipedalism. All of which made us marginal and disaster prone when it comes to reproduction. It’s therefore arguable that the creation of a public healthcare system such as the NHS is a core human evolutionary imperative.

Turning again to Adams, we turn out to be the behavioural equivalent of his Haggunenon, described as a race who “have the most impatient chromosomes in the Galaxy. Whereas most species are content to evolve slowly and carefully over thousands of generations, discarding a prehensile toe here, nervously hazarding another nostril there, the Haggunenons would have done for Charles Darwin what a squadron of Arcturan Stunt Apples would have done for Sir Isaac Newton.” Their tendency to evolve instantaneously came with the downside of unforeseen consequences, usually substituting one deficiency for another: a Haggunenonon reaching for sugar for its coffee may evolve “into something with much longer arms, but which is probably perfectly incapable of drinking the coffee.”. Which sums us up rather well although I’m not actually sure if Douglas ever realised that himself.

The Inevitability of Understanding?

As problem solvers and manipulators, we’re one of the relatively few species that can and do deliberately engineer our wider environment to increase its carrying capacity for our own species (Beavers spring to mind as another, but they tend to have fewer nuclear weapons). And, below the threshold at which the disciples of Malthus wake up and start paying gleeful attention, those pesky unintended consequences remain local and, ultimately, self-damping, although perhaps not in a timescale that is comfortable for humans. Beyond that point however, we end up driving the global environment beyond its natural ability to self-correct, at which point the system will either flip to a new metastable dynamic or the limit species will crash and burn. In both cases, the consequences can include extinction for that population – just ask any dinosaur.

Our understanding of all this has historically lagged our impact because, until recently, we simply haven’t been able to expand our senses to create the global awareness that lets us understand the complex dynamics of interdependency. Of course, understanding is the precursor to action – it’s time for change again, and the further we go without grasping that particular nettle, the more radical and disruptive is the change that becomes necessary: there’s a classic case here of the ‘goalkeeper’ problem. The optimist in me hopes that there just may be an evolutionary power law lurking somewhere that says that we will evolve the ability to understand and act collectively soon enough to get ahead of the decay curve and  mitigate the worst effects of our behaviour. The pessimist in me fears that it’s already too late.

Looping back to the original argument though, the way we’ve evolved made change inevitable: it is, quite fundamentally, what we do and so we were always going to become farmers, industrialists and marketing executives. That first agrarian step however freed us from spending all of our time either chasing or running from annoyed wildlife. We were then able to use that free time to think, create, specialise and of course come up with new ways to manipulate our environment. We also invented gods to blame when it all went wrong.

We are though still at the stage where those with understanding are trying to recruit those who aren’t sure, whilst those who cannot comprehend retreat into denial and obstruction – it’s just like a corporate reorganisation, with all the same possibilities for a destructive outcome, albeit with much higher stakes. At the end of the day though, that transition from hunter-gatherers to sedentary specialists has given us the Mac I’m typing this on, your ability to read this from I know not where and the satellites, networks and simulations that are allowing us to understand the consequences of our actions. Then of course there are the lives of Michelangelo, Mozart, Bowie and the Kardashians. The last of which just proves that there are downsides at all levels.